Christy Tews, while traveling in Asia, discovered that her lifelong path had always been the Buddhist path. She has been meditating since 1985, relishing the straightforward way the Dharma addresses the difficulties of our daily lives. She loves the humor, wisdom and transcendence possible on the path and finds joy in sharing that with others. She was trained by Spirit Rock Meditation Center as a Community Dharma Leader and is also a licensed minister, an avid gardener and has traveled extensively in India, Nepal, Tibet and China. She lives in Carson City in a blended household with her husband, and her brother and his wife.  Contact her at  Christy@dharmazephyr.org

Kathy Schwerin began her Buddhist practice on an extended trip to Asia in 1986-87.  Never tiring of Buddha images and wanting to have the friendly ease embodied by the Buddhists she met, she was further inspired by a man who was learning meditation so that he could be a wise old man. Returning home, she read Being Peace, by Thich Nhat Hanh, which showed her the path of inner peace is not separate from peace in the world.  She went on to be a co-founder and Community Dharma Leader of Dharma Zephyr Insight Meditation Community, as well as a psychotherapist in private practice (currently not accepting new clients). She is a licensed minister in Nevada and blogs at AMindfulBreath.com .  Contact her at  Kathy@dharmazephyr.org.

As Dharma Zephyr matures as an organization, more members are stepping into leadership roles. In recognition, the Board of Directors has named Anne Macquarie and Denise Barclay as Lay Leaders. Lay Leaders are practitioners who have a committed daily meditation and/or mindfulness practice, retreat experience, are grounded in the Theravadan Buddhist teachings, participate broadly in the DZ community, and have taken on leadership and/or teaching roles. They embody personal and interpersonal maturity, ethical integrity, and the realization and application of dharma principles. Anne co-founded Beginners Mind Sangha in Carson City as well as the Earth Care and Mindful Activism Groups. She has taught meditation, sat on the DZIMC Board of Directors, and writes for DZ’s website and blog. Denise teaches day-long and residential retreats and meditation, as well as serving on the Board of Directors, currently as Treasurer.

Anne Macquarie was walking up the Khumbu Valley in Nepal in 1982 on her way to climb a beautiful peak named Ama Dablam, when Gyeltsen Khunde, the expedition’s cook, pointed up to the barren hillside above: My uncle lives in a cave up there meditating, he said. After growing up reading the poetry of Gary Snyder, that was Anne’s second introduction to Buddhism. They both stuck with her. In 1991 she got the opportunity to begin her own Buddhist practice when she discovered–through an announcement in the local paper–Dharma Zephyr Sangha, then meeting in Christy Tews’ house in Washoe Valley. She has attended almost every Monday sitting since then. Anne is committed to a daily practice supplemented by residential retreats. She is interested in early Buddhism, studying the Pali suttas as a member of two sutta study groups.  Contact her at Anne@dharmazephyr. org 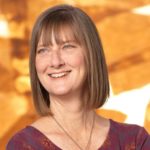 Denise Barclay began teaching Yoga in 1998, has been practicing Vipassana Meditation since 1995 and in May of 2012 completed the Mindfulness Yoga and Meditation Teacher Training with Phillip Moffitt and Anne Cushman through Spirit Rock Meditation Center. Because of her commitment to teaching mindfulness, movement and meditation classes, daylong and weekend retreats; her extensive retreat experience; as well as being a student of Heather Sundberg since 2013 and in Heather’s Committed Students Program for the last several years, she has been named a Lay Leader for Dharma Zephyr Insight Meditation Community.

She is a wife and mother and brings her other two loves, the philosophy of Buddha Dharma and Yoga, to her over 20 years of teaching. In addition, what she brings as a Reiki Practitioner and Mindfulness Coach is her own personal experience of over 30 years in self-exploration, healing and mindfulness.

We are fortunate to be visited regularly by skilled and experienced Buddhist teachers from throughout the country who offer day-long and weekend retreats, residential retreats and workshops.

John Travis, senior teacher at Spirit Rock and founder of Mountain Stream Meditation Center in Nevada City, CA, has been our mentoring teacher since 1993. John leads a 5-day residential meditation retreat for us at Lake Tahoe’s Camp Galilee in August (see retreat schedule), as well as offering one or two weekend nonresidential retreats in northern Nevada each year.

Steve Armstrong has studied the dhamma and practiced insight meditation since 1975. He served for many years at the Insight Meditation Society in Massachusetts as Executive Director, Board member and senior teacher of the annual three month retreat. As a monk in Burma for 5 years under the guidance of Sayadaw U Pandita he undertook intensive, silent practice of insight and loving-kindness meditations.Steve is a co-founding teacher of the Vipassana Metta Foundation’s dharma sanctuary and hermitage on Maui. He directs the Burma Schools Project, building schools and clinics in Burma and supporting monastics and nuns.

Leigh Brasington has been practicing meditation since 1985 and is the senior American student of the late Ven. Ayya Khema. She confirmed his practice and requested that he begin teaching. Leigh assisted Ven. Ayya Khema starting in 1994, and has been leading retreats on his own since 1997 in both Europe and North America.

Shaila Catherine is the founder of Bodhi Courses, an online Dhamma classroom, and Insight Meditation South Bay, a Buddhist meditation center in northern California. She has authored two books on concentration and insight practices: Focused and Fearless and Wisdom Wide and Deep. Shaila offers weekend nonresidential retreats for Dharma Zephyr and leads a residential retreat for us every other November at Lake Tahoe’s Camp Galilee, in addition to teaching in California and Europe.

Michael Freeman (whose root teacher is Bhante Gunaratana, the Sri Lankan monk), runs the Southwest Sangha Center in San Lorenzo, New Mexico, near Silver City. He has taught courses at Barre’s Intensive Studies Program, (a branch of I.M.S.), at Esalen Institute, and at Lama Foundation in New Mexico.

Dori Langevin, PsyD, completed the Buddha-Dharma and Vipassana Meditation four-year teacher training program in 2010 taught by senior teachers at Spirit Rock Meditation Center and Insight Meditation Society (IMS). She has taught residential retreats at Insight Meditation Community of Washington with Tara Brach, Spirit Rock, IMS, Tara Mandala and Cloud Mountain and has been especially inspired by teaching “relational mindfulness” at the IMS Family Retreats and iBme Teen & Young Adult Retreats. Dori is currently mentoring a third cohort of 39 students in the third two-year mindfulness and compassion practices teacher training with Tara Brach and Jack Kornfield. Dori loves sharing the Buddha’s radical teachings and practices that empower us to live with wakefulness, compassion and wisdom in the midst of our messy, yet radiant lives. She is committed to “re-membering” and calling on qualities of the Sacred Feminine ~ variance of vision & inclusivity, interdependence & deep reverence for life, honoring inner authority, and embodied presence.

Donald Rothberg is a member of the Teachers Council at Spirit Rock Meditation Center and the author of The Engaged Spiritual Life. Donald visits us annually to offer weekend nonresidential retreats.

Amita Schmidt is a meditation teacher who has been leading retreats nationally since 1998. Her training includes over two decades of meditation practice in Buddhism (Vipassana) and numerous three-month, silent retreats. She was the resident teacher at Insight Meditation Society (Massachusetts) from 2000-2006. Amita’s teaching has been deeply impacted by teacher Adyashanti. She currently combines her history of mindfulness practice with the non-dual teachings of inquiry and resting in stillness/true nature.Amita is the author of Dipa Ma: The Life and Legacy of a Buddhist Master (BlueBridge, May 2005) and a contributor to Buddha Laughing: A Tricycle Book of Cartoons.

Heather Sundberg has taught Insight Meditation since 1999, completed the Spirit Rock/IMS Senior Teacher Training and is a member of the Spirit Rock Teacher’s Council. Since 2011, she has been a Teacher for Mountain Stream Meditation Center in Nevada City, CA.
She has 3 accumulated years of retreat time in her own practice.
Her teaching emphasizes Embodied Awakening, Heart Practices, and Wisdom Awareness Practices out of the Thai forest tradition.

Marv Treiger has been meditating since 1972 and has led meditation retreats and courses at the Bodymind Institute in Los Angeles and Antioch University since 1995. His teaching integrates the Tibetan and Theravada Buddhist traditions. He offers a range of clearly presented practical methods for enriching meditation practice. He lives in Los Angeles with his wife Cathy. Marv will lead a 5-day residential retreat at Lake Tahoe’s Camp Galilee in the summer of 2014. He also offers a weekend nonresidential retreat once every other year.