Bringing the Dharma to newcomers 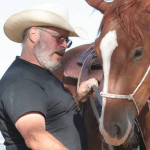 This spring Dharma Zephyr offered a 5-week class on basic techniques of insight meditation according to the early teachings of the Buddha, co-taught by Christy Tews and Steve Swartz. Here is some of what Steve had to say about the class:

On the first night around 24 people showed up. That was more than we had expected based on signups but Christy and I were thrilled. Even with extra chairs we were pretty close to standing room only. As expected attendance dropped off as the class progressed: life intruded. 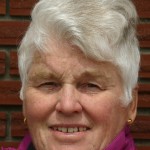 Steve also said he “enjoyed working with Christy and was very appreciative that others on the Mentor Council came and participated. I think that having so many sources of commentary on the Dharma is very helpful because translations are so problematic. With a multitude of interpretations and commentary I am better able to suss out what I think is the real meaning as it applies to my life. I think that by having more teachers in the class we have a better chance of using just the right words for the various attendees.”

And, “Being in the teacher’s seat was a great learning experience: Noticing the arising of ego and practicing letting it go. Noticing fixed views and practicing softening them. Trying to find the right balance between talking and remaining quiet. Deepening my Dharma education. As you can see, teaching the class was not entirely an act of giving. I definitely got as much or more than I gave.”