Tired of cynicism, denial and despair? 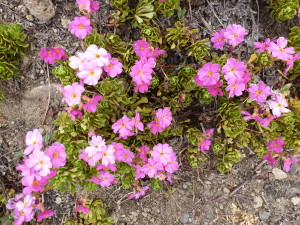 Dharma Zephyr’s earth care sangha has been meeting now for over a year, so we thought we’d share with you what we’ve been doing – and invite you to take part.

Partnerships and action
Janet Melander and David Zahrt have started the first Nevada chapter of Citizens Climate Lobby,  a national non-profit, non-partisan, grassroots advocacy organization focused on national policies to address climate change. David went to Washington DC with the group and spoke to staff of Nevada representatives Dina Titus, Harry Reid and Dean Heller, making the argument for a revenue-neutral carbon fee.
The Carson City Citizens Climate Lobby chapter has a Facebook page and about a dozen members so far.

Anne Macquarie, Lin Zahrt, and Chas Macquarie, in partnership with the Toiyabe Chapter of the Sierra Club and other organizations, are bringing the climate denial documentary Merchants of Doubt  to Carson City’s Brewery Arts Center for a fall or winter showing. Here’s a description of the film:

“an illuminating ride into the heart of conjuring American spin. Filmmaker Robert Kenner lifts the curtain on a secretive group of highly charismatic, silver-tongued pundits-for-hire who present themselves in the media as scientific authorities – yet have the contrary aim of spreading maximum confusion about well-studied public threats ranging from toxic chemicals to pharmaceuticals to climate change.”

We thought showing the documentary was consistent with one of the emerging goals of our group, which is seeking to engage in right speech – speech that is helpful, true, and kind – about climate change and other environmental challenges facing us. 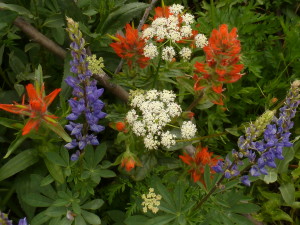 at Galena Creek Regional Park in July, with the theme “Earth Witness.” Anne plans another daylong outdoor retreat on August 30 at Big Meadow, a beautiful and serene subalpine meadow about a half-mile hike from the road, in Tahoe National Forest. HERE’S a description of the retreat.

Study
After a few introductory meetings, we found ourselves gripped by the phenomenon of climate denial, so we spent several meetings on the subject: practicing concise and clear responses to common climate-denier arguments, and examining the many mind states that emerged in these conversations (fear, anger, confusion, frustration) . We all are a little more eloquent than we used to be, and much less afraid of climate conversations.

Recently, we found a short, practical letter by senior teacher Ven. Bhikkhu Bodhi “Simple and Practical Steps Toward Mitigating Climate Change” that we’re using as our next study and discussion guide. Specifically, we want to talk about this:

“To purify one’s own mind… Develop contentment, the basis for a steady-state economy based on the principle of sufficiency, dedicated to qualitative growth rather than endless production and consumption.”

How do we do that?

We recently got a letter from Spirit Rock teacher James Baraz inviting us to take part in EcoSattva Training:

“Friends, in the face of catastrophic climate change, we as a Buddhist/ mindfulness community have much to offer. We need to seize the moment and pull together to “bend the course of history” in order to ensure a sustainable planet for the generations to come. We invite you to join us in the opportunity to creatively define for ourselves an appropriate response: response that is wise, compassionate, transformative, resolute and equanimous. To realize this potential, the community needs leaders of all kinds at all levels. This is the path of the EcoSattva.
We would like to invite you and your sanghas, from all denominations, to become involved in the upcoming Ecosattva Training hosted by One Earth Sangha and to spread the word about this important opportunity within your networks. Eight interactive, online sessions will be held over ten Sundays beginning September 13, 2015 and running through November 15. The purpose of the training is to integrate action on climate change with our dharma practice. “

A quote from Donald and an invitation 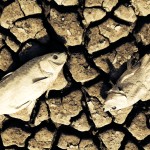 I’m going to be honest here. I don’t understand why we’re not all marching in the streets. We are facing the loss, not only of our own and our childrens’ hope for a healthful and happy life on this threatened and abused planet, but also the loss of the many sweet and beautiful species, co-evolved over millions of years, with whom we share this earth. I breaks my heart. It does.

I think it breaks a lot of hearts, which might be why we’re so good at denial. Here’s  our teacher Donald Rothberg’s list of the forms of denial we practice:
“complacency, resignation, acquiescence, numbness, intellectual aloofness, rationalization, cynicism, dogmatism, fear of strong emotions, particularly anger. “

Any of those sound familiar? Not very happy mind states, are they? The best way I’ve found to counter them is to work and talk together with friends who also are struggling with those mind states, friends who have the courage and love to pay attention, show up, speak up, and persist.

The Buddha said on the night of his enlightenment, when Mara flung at him all the sexy dancing girls and fierce armies he had at his command, “I see you, Mara,” and when Mara then appeared and angrily asked him what gave him the right to sit there so serenely, the Buddha reached down and touched the earth.

You are welcome to join us.